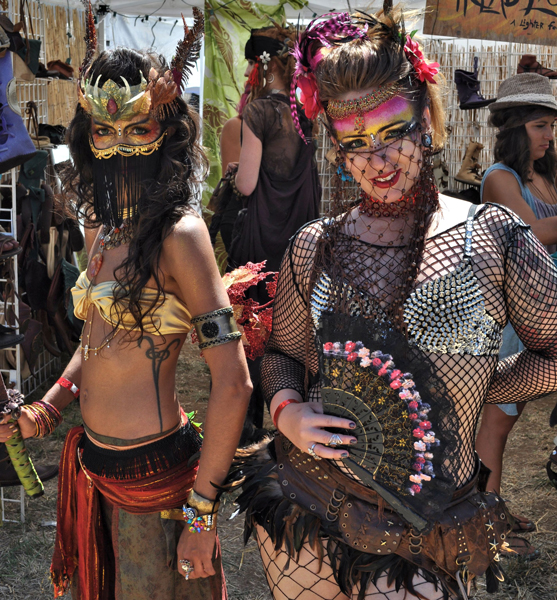 From the creator of “South Park,” The Book of Mormon andTeam America comes what aims to be the “first intelligent musical about cannibalism”—a void in the arts world clearly waiting to be filled. In the spirit of Evil Dead: The Musical(itself in the spirit of Blue Man Group), the production includes a Gore Zone. For an additional $5, audience members can subject themselves to flesh eating, body parts, internal organs and general bloodiness. Don’t sit here if you don’t know how to get stage makeup out of your favorite blouse. 9:15 pm. Alberta Rose Theatre. $24-$29. Under 18 with a parent/guardian.

Looking for a new way to get the thrill of flying downhill in the summer time? The Mt. Tabor Challenge, now in its second year, is Portland’s only sanctioned skateboard race, with both downhill and slalom categories. New this year: a minibike class to bring the Zoocrew crowd (a group that regularly rides downhill from the Oregon Zoo on children’s bikes). But this isn’t just fun and games. First place comes with a $750 purse for the open class (which requires an “old school” tuck), and $100 each for the under 15 and over 40 classes. All day. Mt. Tabor Park. $75 entry fee.

Faerieworlds: A Gathering of Tribes

Whether you’re bummed that you missed FaerieCon West or you got hooked on mythical lore at Country Fair and need a place to test out your sparkly new wings, Faerieworlds is the go-to festival for fans’ mythological cosplay. Maxim calls it “a Bonnaroo staged for Middle Earth.” Seems apt. Music headliners include Omnia, Martine Kraft, Woodland, The Wicker Man, S.J. Tucker, Sea Stars, and Sharon Knight. In between shows, workshops tackle a range of unconventional subjects including Didgeridoo, The Faery Lover, Embracing the Red Queen, Mind Forest, Spirit of the Witch and Historic German Sickle and Cythe Combat. 10 am Friday to 12:30 am Sunday, Mt. Pisagh Park. $15-$40 day passes, $35-$200

Catch the world premier of The Great Society, the sequel to the Tony Award-winning play, All the Way, at the Oregon Shakespeare Festival. Numerous cast members from The Great Society reprise their roles in the sequel, which takes audiences even deeper into the presidency of Lyndon B. Johnson. The play explores President Johnson’s continuing struggle to fight poverty and inequality while attempting to rein in an out-of-control war in Vietnam. Part of the American Revolutions: the United States History Project, the production opened July 23 and runs through Nov. 1. 1pm. Angus Bowmer Theatre. $25-$112.