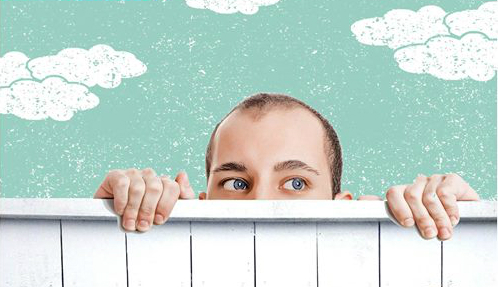 At the Nov. 19 City Council meeting, local residents once again lined up to offer testimony on vacation rentals. It has been a heated debate, but this time, rather than sharing concerns about how the rentals should be regulated, many spoke out in opposition to the makeup of the citizen task force recommended by the Planning Commission, and ultimately approved by Council.

“I think tourism is a great thing, but not in my neighborhood,” explained Bend resident Allen Wharton at the meeting, referring to both the rise of vacation rentals and Visit Bend’s inclusion on the task force. “I chose my neighborhood so I could have peace and quiet…and not be intruded upon by people who don’t share anything in common.”

The 23-member task force includes representatives from Visit Bend, the Bend Economic Development and Advisory Board, the Bend Chamber of Commerce, the Planning Commission, and the Old Bend and River West neighborhood associations, as well as concerned residents with various stakes in the matter.

“This process has got to be fair and transparent. The five appointed positions city staff has come up with just don’t belong here. In my mind, it’s an attempt to gerrymander the vote and the process,” said Bend resident Monte Payne at the meeting. “The task force is really too important to get wrong. I’d ask you that those five positions be removed as voting members of the task force and only be there in an advisory capacity to lend views and perspectives.”

After all, one of the primary points of contention in the vacation rental debate is to what extent commercial interests should be allowed in residential neighborhoods. And while councilors have stressed the importance of including the business representatives in the conversation—both because of their inherent involvement and the potential for lawsuits—people living among the rentals say they need more support from the city.

Over the course of the visitor’s section, neighbors echoed sentiments expressed in many hours of statements made over many City Council meetings—that some residential neighborhoods in Bend were being overrun by short-term renters, and that the City of Bend isn’t a resort town like Aspen, Colorado. But, even more broadly, the testimony was a window into an increasing number of debates about neighborhood livability and land use issues—debates about the future of the community that are stacking up in Bend quicker than bumper-to-bumper traffic in L.A. rush hour.

What should we do about Mirror Pond: Keep the iconic downtown water feature, or let the river run free?

Where should the city allow the expanded OSU-Cascades campus? And, what about all those students?

Should the Urban Growth Boundary focus on infill or expansion? And what does that mean for building heights near downtown?

Should developers be allowed to build, and potentially water ski on, irrigation ponds in sensitive wildlife areas?

Many of these ongoing discussions hinge on the tension between neighborhood livability and personal property rights—and, more broadly, highlight the increasingly diverse values of Bend’s growing population, discussions that have come about from a city flexing its muscles during a time of growing pains.

“I think these types of disputes will become more common as Bend assumes more of the characteristics of an urban area,” said City Councilor Victor Chudowsky. “Seeing as many people moved here to escape urban areas, expecting a more bucolic setting, they don’t want to see Bend turn into the place they moved away from.”

With its population growing at a steady clip of about 1 percent each year, Bend is among the fastest growing cities in the nation. In the past 15 years, Bend’s population has roughly tripled—and, as it transitions from a semi-rural mill town to quaint ski destination to the metropolitan hub of Central Oregon, Bend is facing more frequent and contentious conflicts around land use.

“Oregon state land use law is such that Bend has to show ever-greater population density,” explains Chudowsky. “If it is done right, this has some benefit in terms of making things more convenient and close by. But when you have more people in the same amount of space, more conflicts arise and the stress level goes up.”

State law also mandates that land use decisions prioritize community engagement. Since the passage of the Oregon Land Conservation and Development Act of 1973, citizen involvement has been a hallmark of planning processes in Oregon.

In Portland, this inspired the city to create its first neighborhood associations.

“When I came to Bend seven or eight years ago, I was surprised there wasn’t a lot of that here,” King explains. “There’s an increasing amount now.”

But, explains King, neighborhood associations didn’t really take hold in Bend until about 2001, with the formation of the South Bend Neighborhood Association. And though an increase in neighborhood disagreements is a growing pain, King says they aren’t necessarily a bad thing.

“As neighborhoods evolve, there’s the good side of that,” King explains. “They are very attractive places, people want to be there. But it can also have conflict. What makes them attractive is the amount of pressure that gets put on them.”

He points out that “Bend is an intentional community,” meaning that Bendites, for the most part, choose to live here. That causes residents to be particularly invested in what happens in their backyards.

“When you have an active community that means they care deeply about what happens in their neighborhood,” King says. “It cuts both ways. That’s a sign of a really healthy community. But there can be a lot more conflict, and hardening of positions.”

“I think there’s no better source. These are people who live in the neighborhood,” King says. “From the City’s perspective, if it’s an organized neighborhood, that voice is going to carry a lot more weight.”

Longtime Bend resident Mike Lovely has been at the forefront of this neighborhood movement, helping to form the city’s first such association, in the South Bend neighborhood where he has lived for 36 years.

Through his involvement in the neighborhood association, Lovely says he has worked to fend off “slum lords” looking to build stick houses on lots in a mobile home community, advocated for expanding sewer infrastructure, and helped to resolve land use conflicts that arise among neighbors.

Lovely recalls a dispute about the placement of driveways in a new development that the South Bend Neighborhood Association managed on a community level. However, this approach requires communities to be proactive and engage the opposing parties before the conflict grows too large.

“We need to think more closely about what types of future conflicts will arise as we go through this process of urbanization—more people in the same space,” Chudowsky says. “Vacation rentals are a good example. We got caught flat-footed on that one.”

But that is not the only time the City of Bend, and its residents, seemingly have been caught flat-footed.

Without that foresight, land use concerns may wind up in court, as the OSU-Cascades location and the location of Tumalo Irrigation District’s storage ponds have. In each case, those in opposition to the development took their arguments to a county hearings officer for adjudication, claiming that the developers failed to meet the established planning requirements.

But beneath the legalese and land use jargon, these cases come down to the same basic grievances—the belief that the developers be required to sincerely consider more feedback from neighbors, and the overarching sense that development is not necessarily appropriate for that neighborhood—the age-old adage, “Not in my backyard.”

It’s a tension not likely to diminish as the city continues to grow, but City Manager King says government is trying to be responsive to concerns about livability and land use.

“I think what we’re trying to do as a city is find a better way to interface with residents,” King explains. In the meantime: “Neighborhood associations help make sure voices are heard.”